Religion is huge business in Nigeria, and Christianity, one of the major religions in the country has tens of millions of followers.

Every Sunday, these adherents troop to churches to sing, dance and worship God. They also give offerings, pay 10 percent of their earnings as tithes and sow seeds for the promulgation of the gospel.

We are not saying these monies go to the pockets of these listed pastors (some of them run other businesses besides the church), but these are the richest pastors in Nigeria, and their estimated net worth. 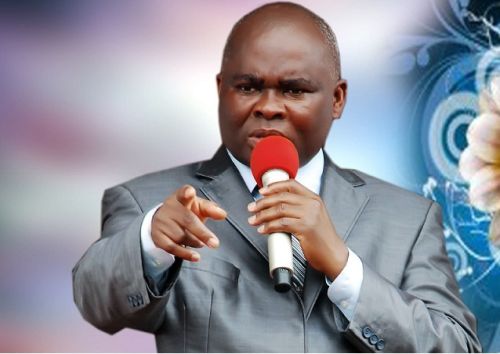 Members of the Lord’s Chosen Charismatic Church are some of the most radical Christians in Nigeria, and Lazarus Muoka is their leader.

The minister, known for his miracles and radical teaching has investments in publishing companies, schools and real estate properties. He is worth an estimated $4 million. 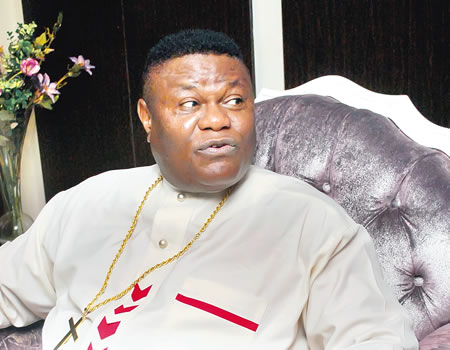 With over 200 branches all over Nigeria, The Redeemed Evangelical Mission is one of the popular Pentecostal churches in Nigeria, and Bishop Mike Okonkwo is the founder and presiding Bishop.

An astute speaker of the word, the former banker owns a private jet and has several investments in the real estate business. He is worth an estimated $5 million. 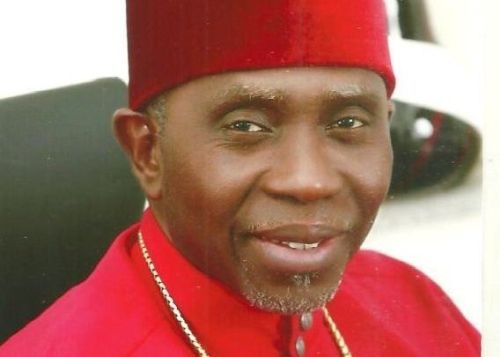 He became the national president of the Pentecostal Fellowship of Nigeria on February 7, 2005, a position he held for five years. He is worth $130 million. 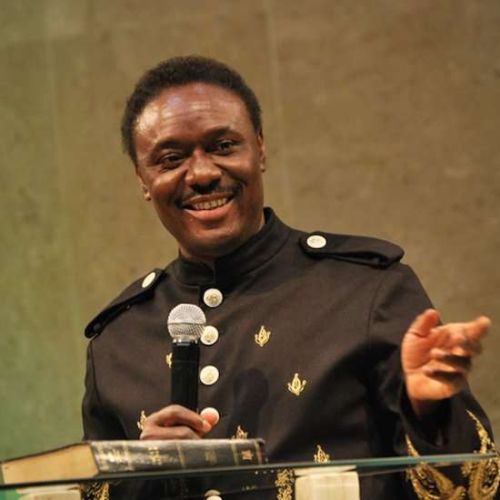 If you’re going to the Household of God Church International where Pastor Chris Okotie is the number one man, better go there with a dictionary so you won’t be flabber whelmed and overghasted by the grammar his vocal chords effuse.

The former pop star, politician, televangelist and pastor has run for the presidency of Nigeria 3 times – in 2003, under the Justice Party; in 2007 and 2011, under the Fresh Democratic party.

It is un-Christianly to say he lost all 3 elections, so let’s just say someone else became president all 3 times. He is worth an estimated 10 million dollars. 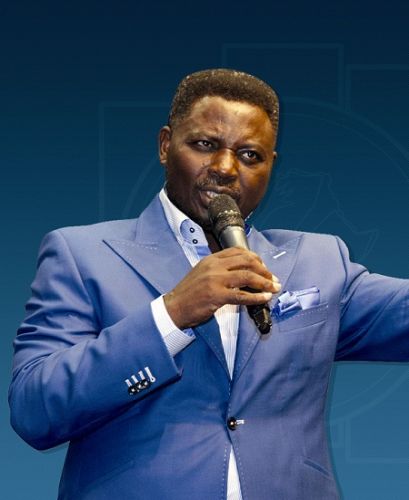 Despite the fact that his UK based church – through one of its charities – was once enmeshed in financial misconduct and mismanagement controversies, Pastor Matthew who has interests in media and sells Christian literature books and documentaries has an estimated net worth of $17 million and earns a salary of $200,000 annually. Swag! 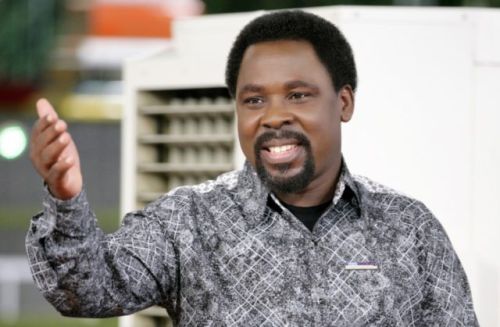 You won’t be wrong if you call Temitope Balogun Joshua the most popular prophet in Nigeria.

The 53-year-old clergyman is the founder and leader of the Synagogue Church of all Nations (SCOAN), a Lagos based church where wonders of all sorts – from healing to casting out demons – allegedly happen every Sunday.

Also known for his sometimes accurate prophesies; T B Joshua’s church has become a Mecca for miracle seekers, who come in droves from all over the world.

Despite being disclaimed by the Christian Association of Nigeria, the prophet has gone on to touch lives through the charity arm of his church, bag an OFR from the FG of Nigeria (2008) and amassed an estimated net worth of $25 million. In your face haters! 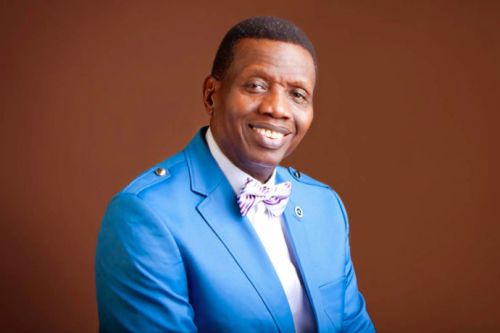 With over 5 million members in its fold, the Redeemed Christian Church of God (RCCG) is the church with the largest population in Nigeria, and Pastor Enoch Adejare Adeboye fondly called Daddy GO is its General Overseer.

Known for having branches within walking distance of each other, the church has established its place as the most popular Pentecostal church in Nigeria.

It is headquartered at the Redemption Camp, a sprawling complex that reportedly cost $700 million to construct.

The church also has a University (Redeemers University), a high school, private jets, hospitals, a TV station, printing press and so on.

It was once said that Pastor Adeboye who just retired as the Nigerian GO of RCCG is worth $130million, but it is more in the region 30 to 40 million dollars. 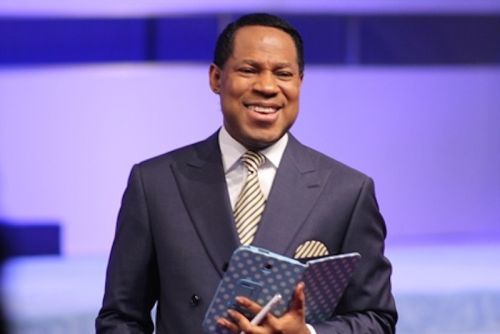 Founder and Senior Pastor of Believers Love World, aka Christ Embassy, Pastor Chris Oyakhilome, has an estimated net worth of $60 million.

With millions of followers, Pastor Chris is the 3rd richest pastor in Nigeria. 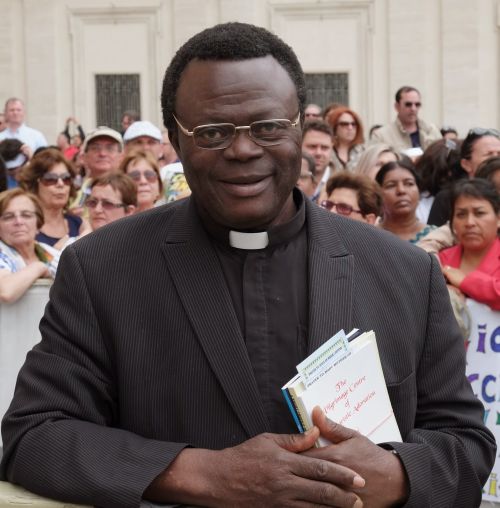 With an estimated net worth of $90 million, Rev. Fr. Emmanuel Edeh is the second wealthiest pastor in Nigeria.

He is the founder of the Pilgrimage Centre of Eucharistic Adoration, a religious congregation that runs clinics and homes for orphans, the sick, the disabled, and the mentally ill. They also run soup kitchens, schools, counseling and conflict resolution programs.

Father Edeh has been the recipient of several honors including the Nigerian Order of the Federal Republic (OFR), an award he received in 2008 in recognition of his contributions to the advancement of education in Nigeria, conflict resolution and charity works. 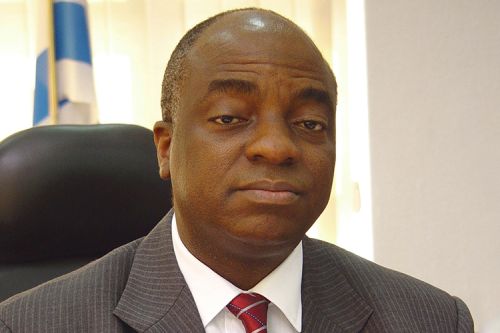 Bishop David Oyedepo is reportedly the richest pastor in the world. He is the founder and presiding Bishop of Living Faith Church, otherwise known as Winner’s Chapel.

He is owners of Covenant University and Landmark University, four private jets (used by senior members of the church too), a thriving publishing business and the one-time largest church auditorium in the world – which seats 50,000 people at a time and can accommodate 250,000.

He also hosts the yearly Shiloh program that is followed by millions of people worldwide. With an estimated net worth of $160 million, Papa as he is fondly called is indeed blessed.