Some things make naturally perfect pairs: peanut butter and jelly, shoes and socks, macaroni and cheese, yin and yang. The letters Q and U also fall into that category. Very rarely does the letter Q appear in an English word without its buddy U right next to it; when it does appear, it’s usually in words that English adopted from another language.

So here is the frequent query in question: How was that eloquent requirement acquired? Why does U almost always come after Q? 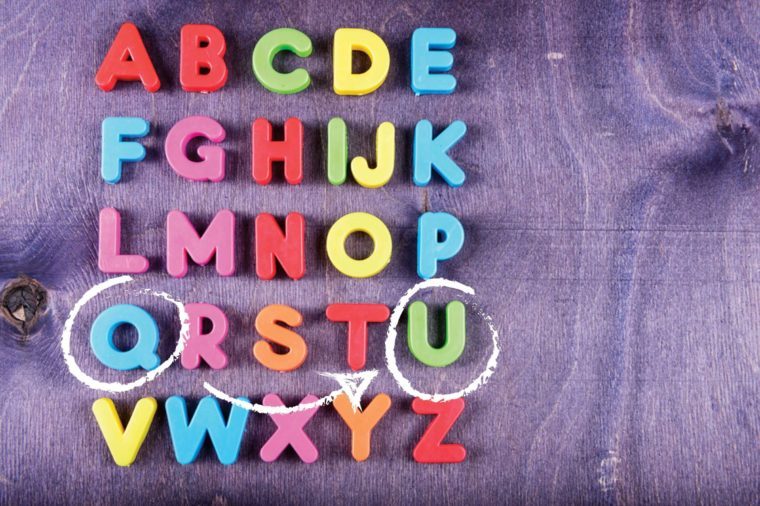 To better understand, we need to travel back to the time of our alphabetic ancestors, the ancient Greeks. They had a letter called Koppa, which looks similar to and had similar functions as the modern-day Q. It used to denote /k/ or /g/ sounds before rounded vowel sounds, like /w/.

The Greeks also made /k/ or /g/ sounds with the letter C, but it was always followed by different sounds than the ones that came after Q. As C became increasingly popular for this purpose, the usage of Q dwindled to the point where it could not express any sound unless it was followed by U. These linguistic rules were adopted into Latin and later found their place in the English language.

Long story short: Q was pretty much forced into a pair with U, but they ended up making a great couple, not to mention their own iron-clad grammatical rule. But not everything in the English language is perfect.